Should I buy the Sony Xperia 10 Plus?

If you watch a lot of films and TV on your phone and want a good-performing phone with no notch then the Xperia 10 Plus is a decent mid-range option. There’s zero wow factor here, though.

It’s also quite expensive for the performance and build quality – if you’re not fussed by the odd 21:9 aspect ratio then you should save money and get the Moto G7 Plus or much more powerful Pocophone F1 instead.

The Xperia 10 Plus is a large screen mid-range phone that tries to solve a couple of long-standing smartphone problems – that phones are too large but people still want to watch TV and films on them.

While the phone goes some way to solving some of this issue, it isn’t the best phone in its price range and nor would we recommend it over phones with similar specs. But it’s certainly a better phone than the smaller Xperia 10 and is worth the extra spend if you’re sold on the form factor.

Considering the specs here it is a tad overpriced – the Moto G7 Plus with the same processor costs just £269, £80 less. With a Snapdragon 845, the considerably more powerful Pocophone F1 is actually £20 less than the Xperia 10 Plus, too.

The phone has an odd shape that you will either love or hate. It’s like your average black plastic smartphone slab has been stretched to breaking point, with a tall 21:9 6.5in display. The same aspect ratio used by filmmakers, Sony is aiming at a niche that not everyone will see the appeal in.

It means the phone is fairly slim but exceedingly tall, and unlike the smaller Xperia 10 cannot be used easily in one hand. We’re in pretty standard Sony design territory here and our black review unit (silver, navy or pink also available) looks like an elongated Xperia XZ1 with less top and bottom bezel and plastic back instead of metal.

Sony’s brought back the side mounted fingerprint sensor last seen on that phone but it’s a shame it’s not a physical button like before, instead it’s static with a power/lock button just above it. It’s just worse.

If you love Sony’s brutalist design tendencies then you’ll like the look of the 10 Plus as Sony has ditched the curved looked of the XZ2 and XZ3 – it really can’t make up its mind. But the general design of the phone isn’t what Sony is pushing here, it’s the display.

That LCD screen looks very good for a mid-range device with a 2520x1080 resolution. Streaming Netflix films on it looks awesome with good contrast and brightness, and Sony is pushing the fact that over half of the films on the platform are already 21:9, so you get a full screen experience. No letterboxing and no notch to be seen.

After a couple of years of flagship phones with notches and cut-outs obscuring video and content in general it was a relief to have a mini cinema style screen in our pocket with the Xperia 10 Plus. As ever though it’s not the ideal size screen to watch a film on unless you find yourself travelling a lot and don’t want to carry a tablet or laptop.

When in portrait mode the phone has some useful multitasking tricks given its height. We found we’d snap YouTube videos to the top third of the display while using a messaging or maps app in the lower section and it is genuinely useful where other phones can’t display enough information.

Even with the keyboard on the screen, there was enough room to comfortably type, read a thread of messages and watch a video. It’s a millennial dream come true.

We found the smaller Xperia 10's performance to be underwhelming, so the 10 Plus is the one to go for if you want a better day to day experience. The extra RAM from 3 to 4GB paired with the Snapdragon 636 is a better combination of internals that keeps the phone running at a decent pace – even if these are mid-range specs you can get for less in other phones like the Moto G7 Plus.

Benchmarked against phones of similar price and specs the Xperia 10 Plus holds its own, but it isn’t powerful enough to play the most graphically demanding mobile games.

The Xperia 10 Plus has a different, better camera set up to the smaller 10. It has dual 12Mp f/1.8 and 8Mp f/2.4 lenses, the latter being a telephoto allowing for 2x optical zoom. This is good to see on a mid-range phone and can come in handy if you take a lot of photos.

Quality is quite middling as you’d expect for the price though, with broad daylight being the optimum conditions for shooting. Indoor and low light shots are grainy and noisy while night shots are an absolute no.

The selfie camera is an 8Mp f/2.0 with some truly terrifying beautifying options that we kept firmly off. Portrait selfie and bokeh modes are acceptable for casual photography but you won’t want to rely on these cameras for anything more than a point and shoot situation. 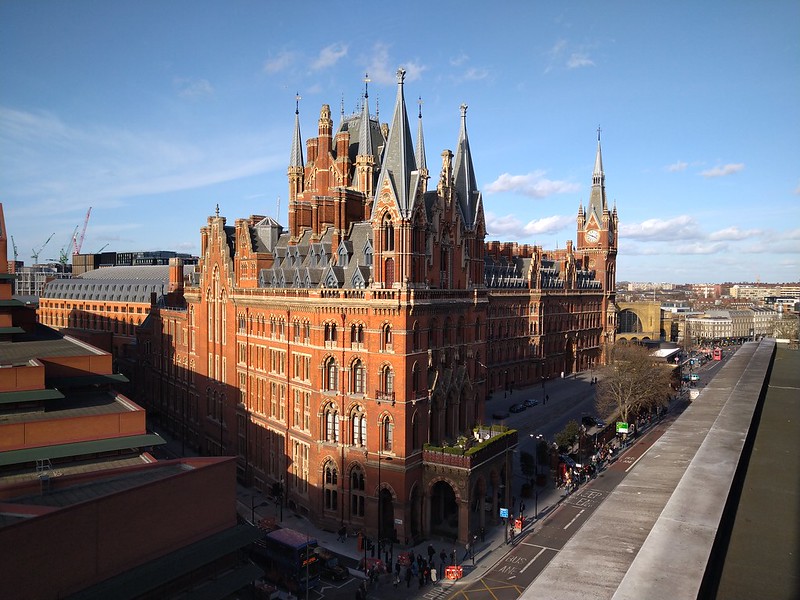 Best of the rest

All in all, the Xperia 10 Plus is a solid phone. Battery life is decent if not outstanding, and it’ll get you a whole day of use with no issues. Call quality is good and audio is strong with an LDAC for improved wired audio (via the headphone jack, hooray) of compressed music but the single speaker is nothing to write home about – you’ll want to watch those films with headphones on.

The software addition of side sense, a tab bar that when tapped gives you personalised quick shortcuts, comes in handy given the unwieldy nature of the phone. But often its just easier to use the phone with two hands as you normally would to do most things.

With Android 9 Pie on board, the phone received a timely monthly security update while we testing and generally Sony is very good at pushing these out - just don't bet on it getting Android Q or R. The skin is very clean and is closer to the normal definition of 'stock' Android than the Google Pixel 3 is.

The Xperia 10 Plus is better than the smaller Xperia 10, but it is by no means the best mid-range phone out there. Unless you really love the aspect ratio of the display there are phones for the same price that offer better performance and design.

The return of the side mounted fingerprint sensor is good to see but not as well executed as before, and unless you watch a lot of films we are sorry to report that this phone is extremely functional and little much else.