The Oppo A5 2020 is bread-and-butter proof that you don’t need to spend a fortune for some impressive bits of kit on a smartphone. With a 5000mAh battery, a large display and an aesthetically-pleasing design to boot. The camera isn’t as strong as what we’ve seen on other budget phones, but this is still a great buy.

Whilst some elements of this phone aren't quite up to scratch - the camera mainly - there’s several selling points that make the A5 stand out against competitors. Read on to find out more, or alternatively check out our chart of the best budget phones on the market right now for other models that are a similar price.

In the UK, the A5 2020 costs £179.99 at the time of writing. You can currently buy it from Carphone Warehouse, Amazon, Very and O2. However, many retailers are offering discounts - with the handset going from as low as £159.99. For pay-monthly, you can currently buy the phone from £19.20 per month for both the device and the airtime plan. This is currently exclusive to O2.

Unfortunately, Oppo phones aren’t typically available in the USA. The only way to get hold of this handset in the States is to import it via a third-party site.

In terms of what similar-priced rivals offer, the likes of the Xiaomi Redmi Note 8T and the Xiaomi Mi A2 Lite sit within this bracket. Though both of these have more powerful cameras, the A5 still leads the way when it comes to battery life - one of the most generous features of this affordable handset.

You can get the Oppo A5 in one of two colours - Dazzling White and Mirror Black - the latter of which we tested. The rear plastic exterior has a glossy finish that to the untrained eye can make the phone look a lot more expensive than it actually is. The back does pick up fingerprint marks, but this isn’t as noticeable on a black phone as it would be on other colours.

The handset comes with curved edges and metal power and volume keys. The screen is IPS rather than AMOLED, but that's a rare feature on phones at a budget price anyway. The screen comes fitted with a screen-protector, which is so well placed that it’s barely noticeable. You also get a free clear case in the box to match.

The A5 is 163.6 x 75.6 x 9.1mm, so it’s on the larger end of smartphones - though this is pretty standard for Oppo. It’s not a phone that will slip in pockets easily, and not the best for using one-handed. However, the larger screen makes watching videos an enjoyable experience.

On the phone you get dual-SIM support, a USB-C port, a 3.5mm headphone jack and a dual set of speakers. In terms of security, you get the option of both a rear-mounted fingerprint scanner or facial recognition software. Both of these methods of unlocking seemed to work as expected with no major niggles.

The A5 comes with a decent mid-range processor - running on Qualcomm’s Snapdragon 665. I found it to be reasonably quick and smooth to most basic tasks, and didn’t notice any apps crashing or buffering. In terms of the interface, it runs on Android 9 (Pie) with a ColorOS 6 interface on top. Oppo takes a no-nonsense approach to its Android skins, with a user-friendly experience and a clean layout.

The UK version comes with 3GB RAM and 64GB worth of storage, a decent amount for keeping photos, videos and apps. If this doesn’t sound like enough, the microSD slot gives up to 256GB of extra storage. Other markets outside of the UK get models including 4GB or 8GB RAM, and up to 128GB storage.

Connectivity wise, you get Bluetooth 5.0, GPS and Wi-Fi 802.11 a/b/g/n/ac. Under our internal tests, the A5 performed similar scores as the Redmi Note 8T and the Realme 3 Pro. See further results in our benchmarking scores below:

Whilst the A5 doesn’t quite have a full view display, it comes pretty darn close. The 6.5 inch display has an 89% screen-to-body ratio with a waterdrop notch, taking full advantage when it comes to viewing photos, playing games and watching videos. The phone has also comes with a 720p screen with a resolution of 1600 x 720 pixels, which is really the display's main weakpoint.

Oppo claims to have a technology called dynamic pixel adjustment, which is supposed to adjust the screen under sunlight so you can view everything clearly. Personally this wasn’t something I noticed - but putting the brightness to full manually made it easy to view what was on display no matter the weather.

The Oppo A5 2020 comes with a quad camera, with a 12Mp main lens, an 8Mp ultra wide lens, a 2Mp depth-lens and another 2Mp lens. The latter is meant for artistic modes on portrait photography specifically, but it’s hard to know exactly what it does - sometimes having a quad camera is simply for boasting about spec.

In bright daylight - or indoors with artificial lighting - the camera performs reasonably well. Smaller atmospheric details are captured, and even changing to the wide-angle lens still produces a relatively good image. There’s the option to turn on HDR mode or enhance the colour as well. Personally I’m not a fan of the artificial finishes that these options give, but this can come down to personal preference. 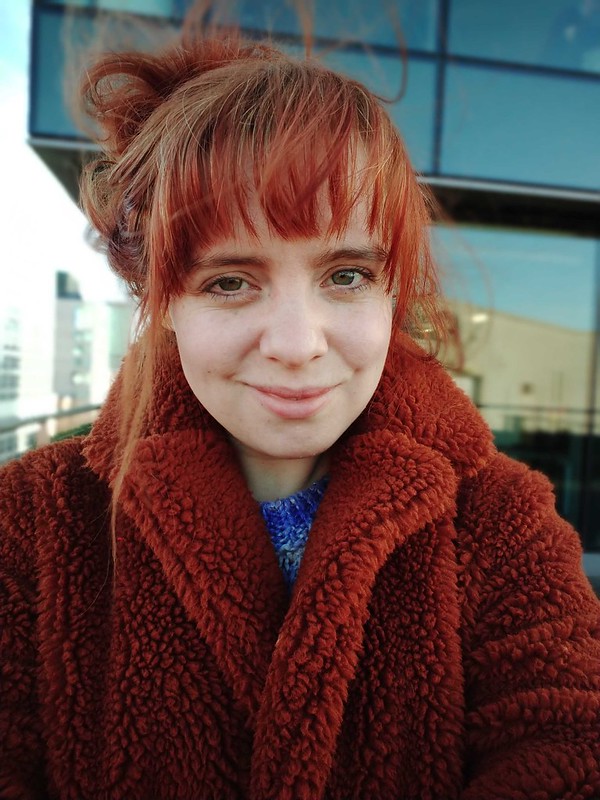 However, there are some disappointing aspects to this camera. Firstly, Oppo claims that the A5 has a night mode. I assumed that this would be a standalone feature on the camera, but instead this is part of the AI scene recognition software that’s supposed to become available when the camera detects low lighting. However, not only is this automatic detection sketchy, but the night mode itself isn’t really that effective at all.

Oppo’s website does specify that the A5 does have the same more effective Ultra Night Mode 2.0 seen on the likes of the A9 2020, but this is only available on the 4GB and 8GB versions of the handset - which aren’t currently available in the UK (though it is still pushed as a feature on the website, which is misleading).

In addition there are few gimmicky features on the camera that just seem wasteful, like pre-made filters that personally I prefer to tinker with once I've taken a shot. The layout of the camera is not the most simplistic - I'd prefer to have all my variables in one place as opposed to dotted around the screen.

There’s no optical or hybrid zoom on the camera, so if you zoom in the image will become more pixelated and blurred as it's purely digital. However, the wide-angle lens has a 119° range, so getting more in your shot - if you're taking photos whilst travelling or sightseeing - is easy to do on the A5.

Portrait mode is actually pretty good on this camera. The blur on the background isn’t too obtrusive, and textures pop really well. Depending on what the lighting is, you can get clearer details on the image.

There’s an option on the camera called AI Purification, which you can use to smoothen your skin, make your face thinner, or your chin sharper. Personally, this doesn’t sit that well with me as a built-in camera element, but it may be a bonus feature if you enjoy taking the work out of altering your selfies.

The battery life is one of the gold stars for the A5 2020. With a gigantic 5000mAh battery, this phone achieved 12 hours and 32 minutes from full charge to flat - a much more impressive time than rivals that fall within a similar price bracket.

During actual use, the A5 lasts me around two days. Typically I’m checking my emails, scrolling through social media, watching YouTube and using apps like Citymapper. Even when it’s in the last few percentages, the A5 doesn’t die immediately as some other phones do.

As this is a more affordable phone, fast-charging doesn’t come as standard (even though Oppo's own flagships have some of the fastest charging around), so the downside to having a phone with a huge battery is that it takes a while to charge. In our testing, it only made it to 23% in 30 minutes whilst turned off from zero charge.

You are however able to use wired reverse charging on the A5 to other devices, but the phone doesn’t come included with an OTG cable, which you need for reverse charging.

You get all the Google apps as standard on the Oppo A5 2020, and minimal clutter - something that other Chinese-brand rivals like Honor often come with. Switching over your data to the A5 2020 is easy when setting up, as you can use Oppo’s clone phone feature which brings all the data you wish to your new device very easily.

One of the customisable options that I enjoyed on the A5 were those that were geared towards digital wellbeing. From timers that monitor how long you’ve spent on each of your apps, to setting your phone to ‘wind down’ mode which turns your phone’s screen to greyscale and turns off app notifications when you set it to a time that you wish to go to sleep.

If you’re searching for a phone that won’t break the bank, the Oppo A5 2020 should definitely be a contender. The classy design, clear display and of course that massive battery life are all things not to be sniffed at for a phone at this low of a price.

The camera is great during the day, but doesn’t quite deliver when it comes to night mode. If you're looking for a phone that's capable of taking a better photo, we’d recommend looking at something like the Xiaomi Redmi Note 8T. If you want to stick with Oppo, you could also consider the A9 2020 - which still boasts all the positive points of the A5 - just for fifty quid more.

Of course, if photography isn’t a dealbreaker, then the A5 is still a great entry-level smartphone.