It may lack the style and Zeiss Optics-enabled cameras of the more expensive Nokia 7.2, but if you’re looking for a good-looking budget smartphone with a high-quality display and can overlook the lacklustre camera setup, the Nokia 6.2 is worth considering.

Revealed alongside the Nokia 7.2 and a range of semi-smart feature phones back at IFA 2019, the Nokia 6.2 is the Finnish company’s latest budget smartphone. Combining a high-quality display with “timeless Nordic design”, a triple-camera setup and multiple OS upgrades, the £199/$249 Nokia 6.2 looks to offer great value for money.

But with so much competition from Chinese competitors in the budget market, has Nokia done enough? Carry on reading to find out.

The Nokia 6.2 features a similar design to that of its slightly more expensive sibling, the Nokia 7.2. It features what Nokia calls “timeless Nordic design” and while that sounds a lot like marketing speak to us, we can confirm that the smartphone does look sleek – although it’s a bit of a fingerprint magnet.

That’s thanks in part due to the glass front and rear, and in particular, the lack of the light-refracting finish featured on the Nokia 7.2. In addition to adding a unique shimmer to the smartphone, the finish helped hide some of the fingerprint marks. With a plain glass rear it’s much easier to spot marks, especially if handled with dirty mitts, and we found the rear would become covered in smudges after only a couple of minutes of use.

It’s a small issue, but one for consumers with a focus on cleanliness to consider.

It’s a lightweight phone due to the use of a polymer composite that Nokia claims is twice as strong as standard polycarbonate while being half the weight of standard aluminium. It does make the phone feel cheaper compared to other budget smartphones, but it’s certainly nice in the hand at 180g.

The Nokia 6.2 features a crisp 6.3in waterdrop display with FHD+ resolution, and while that’s impressive, it’s further enhanced by what Nokia calls PureDisplay technology. The company claims that the tech overclocks the LCD panel to “outperform OLED in many areas” with improved tonality, 96 percent colour gamut and improved contrast ratio at 1:4500. Those technical claims are hard to put to the test, but it’s clear that the Nokia 6.2 display is bright, vivid and detailed whether you’re watching videos or scrolling through Facebook.

That’s not all, either. The display features 10bit-HDR certification which is great for those of us that have large HDR video collections, but what about the rest of us? The PureDisplay tech can actually upscale SDR content to HDR on-the-fly, giving you a well-balanced, vibrant video viewing experience no matter if you’re watching official HDR content on Amazon Prime or your favourite vlogger on YouTube. The results aren’t as good as native HDR, of course, but it’s a nice middle ground and a feature not available on some high-end alternatives.

Beneath the premium display is where the budget price-tag begins to shine through, offering a rather lacklustre Qualcomm Snapdragon 636 CPU with either 3- or 4GB of RAM depending on the variant you opt for. It’s a similar story with storage too, with either 32- or 64GB available, although this can be expanded via microSD card.

When it comes to real-world use, the Nokia 6.2 feels responsive enough when scrolling through apps, texting and accessing the multitasking menu, but it isn’t a uniform experience. When using media-heavy apps like Facebook and Twitter, the phone sometimes stutters when scrolling - it’s not constant, but it can become irritating after a while.

With that said, it should come as no surprise that the Nokia 6.2 doesn’t perform that well when it comes to games. It can handle basic 2D games like Candy Crush with ease, but if you try and run a 3D game like Call of Duty Mobile with high-quality textures enabled, the cracks begin to show. Adjusting the graphics on a per-game basis does help, but it’s safe to say that keen mobile gamers should look for something a little more powerful.

That’s largely backed up by our benchmark tests, the results of which you can see below:

Battery life is an area where Nokia generally excels, and that trend looks to continue with the Nokia 6.2. It boasts a 3500mAh non-removable battery that the company claims will provide two days of usage per charge with average use, and while I found that it couldn’t quite hit the two-day mark, it can certainly last longer than 24 hours. It does technically support Qualcomm Quick Charge, but it’s capped at a rather disappointing 10W, only providing 32 percent of charge in half an hour in our tests.

Triple camera setup on a budget

While it might not feature the same Zeiss Optics and 48Mp snapper as the slightly more expensive Nokia 7.2, the Nokia 6.2 offers a similar trio of cameras on the rear – a standard 16Mp camera, an 8Mp 118-degree ultra-wide lens and a 5Mp depth sensor to improve the quality and accuracy of Portrait imagery, and offers a maximum [email protected] on the video front. On the front of the phone, you’ll find a fairly standard single 8Mp selfie camera capable of recording [email protected] video.

Generally speaking, the Nokia 6.2 has the potential to snap some great photos – take a look at some of the best photos I took below – but what you aren’t seeing are the multiple failed attempts it took to get those shots. 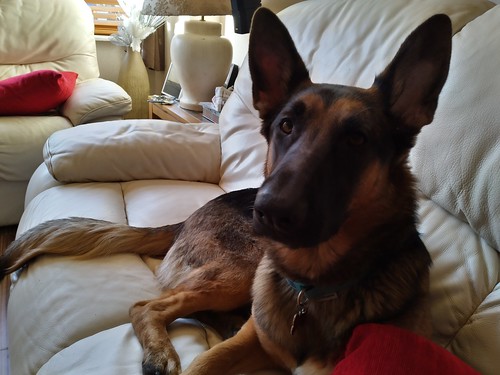 That’s mainly due to the shutter speed: it’s very slow. That means you’ll need to stay perfectly still for a second or two after you’ve tapped the shutter button or risk your photo coming out blurry. The shutter has been known to keep rolling post-tap on occasion, so lowering your hand too soon could mean you’ve taken a photo of the floor and not the beautiful vista you were looking at. And, despite looking detailed on the surface, zooming in reveals a largely soft finish – even in well-lit environments.

As well as standard photo and video modes, the Nokia 6.2 features a handful of shooting modes including a Portrait mode with HDR support and a dedicated Night Mode that intelligently adjusts the number of exposures taken depending on whether the smartphone is attached to a tripod or handheld.

Combine that with noise removal algorithms, anti-ghosting tech a claim that it’ll work in environments as dark as 0.1 lux, and you’ve got a great low-light camera – on paper, anyway. In reality, it’s not quite as impressive. yes, it does capture an impressive amount of light for a budget-friendly smartphone, but the details and textures are largely soft.

The Nokia 6.2 ships with a refreshingly clean version of Android 9 Pie and will continue to receive security updates for three years, but that’s not all. At launch, Nokia claimed it was ready for the Android 10 upgrade, and that we should see it appear on the 6.2 in the coming months, although that update hasn’t appeared as of March 2020.

What’s even better is that Nokia has guaranteed not one but two OS upgrades, further future-proofing the budget-friendly smartphone.

But while the Nokia 6.2 is a decent enough budget smartphone, there are better – and cheaper – options like the £179 Redmi Note 8T with a 6.3in AMOLED display and 48Mp quad-lens setup on the rear, and for £20 more you can pick up the beautifully-designed Oppo A9 with a 48Mp quad-camera and huge 5000mAh battery.

The budget market is a competitive one, and I’m not sure Nokia has done enough with the 6.2 to tempt users away from great value Chinese alternatives. For other budget options, take a look at our pick of the best budget smartphones.

The Nokia 6.2 won’t wow you – in fact, I’m confident that it wasn’t designed with that in mind – but it’ll just about get the job done while saving you a bit of cash. The minimalistic design is nice, the display is detailed, and the processor does the job much of the time, but the cameras let it down.

You could write off the performance issues due to the £199/$249 price tag, but with companies like Xiaomi and Oppo releasing smartphones with features that rival the flagship competition, that’s not an excuse that’ll wash with me.

You should not use MagSafe with iPhone 11