The 4.2 has shown that Nokia can still produce good hardware, and combined with the slick user interface on Android One it provides an enjoyable user experience. This fully featured modern handset produces consistently solid performance, with above average cameras and impressive battery life.

However, it is let down by a low resolution screen, poor implementation of biometrics and some stubborn design choices.

Since being usurped in popularity by the likes of Apple and Samsung in the era of the smartphone, Nokia has understandably turned its attention to budget handsets.

The most expensive of the four low-cost handsets it announced at MWC 2019, the 4.2 aims to provide a premium build and near-stock Android experience for an affordable price.

The phone provides a solid yet unspectacular experience, with a few premium features offset by some slightly irritating design implementations. It’s a more than usable handset that most people will be happy with, but such is the fierce competition among cheap phones that the 4.2 struggles to stand out from the crowd.

The Nokia 4.2 currently retails for £150 in the UK. At that price point, it has to be pitted alongside the very best budget phones.

This puts it in a crowded market, with the likes of the Xiaomi Redmi Note 7 and Honor 10 Lite providing stiff competition.

Nokia has clearly prioritised build quality with the 4.2. The 5.7” 720p LCD panel stretches edge-to-edge, leaving only room for a small teardrop notch housing an 8Mp front-facing camera and some unnecessary branding on the chin. We tested the black model, but there's a pink sand variant if you prefer.

The 76% screen-to-body ratio is more than acceptable, although slightly less than the significantly cheaper Vodafone Smart V10. It most closely resembles the iPhone XR in its design, particularly when paired with the glass back. Considering this phone retails for less than a fifth of the price of the Apple handset, there is no support for wireless charging.

In fact, the use of glass on this phone counts against it. The device is a fingerprint magnet; we managed to cover it with unsightly smudges just minutes after taking it out of the box.

The rear mounted fingerprint scanner is also glass, meaning it can be difficult to locate the sensor for quick unlocking of the phone. We regularly misplaced our finger on the camera module so would definitely recommend using a case.

Overall the phone is a comfortable fit in the hand. The 19:9 aspect ratio is typical of many modern handsets, leading to a more immersive viewing experience. At 161g, it’s a little more weighty than many budget phones, meaning it has that premium feel that so many cheap handsets lack.

The use of micro-USB over USB-C is an expected but slightly underwhelming design choice, particularly with the 4.2 not supporting any type of fast charging. The phone charged just 20% in 30 minutes after the battery was completely empty.

The 32GB on-board storage will be quickly filled, especially if you plan on downloading content for offline playback. Luckily, the 4.2 comes with a micro-SD card slot, meaning you can increase your capacity up to an additional 400GB. It also has dual SIM slots and space to run all three cards at once, something sometimes not even found on flagship phones.

The downward-firing mono speaker is surprisingly effective at reproducing audio, potentially due to having two separate chambers for the audio. This is nothing like the stereo experience on flagship phones, but will be more than adequate for everyday use.

If you want a better audio experience, you can always use the 3.5mm headphone jack located at the top of the device. We would have liked to have seen a headset included in the box, but Nokia can reasonably assume most customers would rather use their own while saving costs.

The power button comes with a distinctive white trim, making it easier to locate. This also functions as a notification LED or charging indicator, although we found no way to turn the latter off even if you’d like to.

All the side-mounted buttons feel tactile and responsive, including the dedicated Google Assistant button. It is a generally useful implementation of the extra key, with the options for walkie-talkie style usage and direct access to an overview screen, but we would have liked the option to remap it to perform other actions.

The Nokia 4.2 comes equipped with Qualcomm’s Snapdragon 429 processor, which combined with the octa-core Adreno 505 GPU is capable of handling everyday tasks. We had no problems with browsing social media, surfing the web or consuming content using this phone. Split screen worked well, even with video playback and apps constantly fetching new information like Twitter.

Gaming performance was good considering the price, coping with graphic-intensive games such as Harry Potter: Wizards Unite and Asphalt 9 without a problem. Admittedly, its performance cannot be compared to what you would expect on flagship handsets, but it is more than playable, something which cannot be said for some phones around this price point.

The 4.2 recorded consistently impressive benchmark scores, including 34fps and 18fps on the GFX T-Rex and Manhattan tests respectively. High-end handsets would consistently maintain 60fps on both tests, but for a budget phone this is a commendable performance.

We compared it to the Nokia 5.1, which has a similar price and specs, alongside current budget champs in Xiaomi’s Redmi Note 7 and Mi A2 Lite.

On the connection side, Wi-Fi 802.11b/g/n was smooth and reliable, while 4G performance was strong across London. Bluetooth 4.2 enables only one device to be connected at a time, but it functions as advertised. Having NFC on a handset at this price is a nice touch, and Google Pay works well for contactless payments.

The battery life on the Nokia 4.2 was solid. It achieved 8 hours and 36 minutes of screen on time in Geekbench 4’s battery test, but that cannot be considered representative of real-world usage. In reality though, the 3000mAh cell means a comfortable day and a half of medium usage is well within reach.

Nokia has partnered with Google to provide Android One on its latest handsets. It provides a near-stock version of the latest Android software, and crucially cannot be altered by the manufacturer to include bloatware. Android One promises regular security updates for three years, as well as at least the next two major software releases, Q and R (presumably).

The software experience on the 4.2 is therefore very close to what you experience on Pixel devices. Features such as a systemwide dark mode, smart notifications and Digital Wellbeing are all here, with the only noticeable Nokia addition a “My phone” app that cannot be uninstalled.

The 4.2 includes two biometric methods of unlocking your phone - fingerprint and face unlock - but both are underwhelming. The rear-mounted sensor works fine, but we found it to be in a slightly awkward position where it is too low on the phone, forcing a regular adjustment in grip.

Despite adding and removing our face data on three separate occasions in different lighting conditions, the phone still regularly struggled to unlock, despite not scanning in anything like the detail found with Face ID. We wouldn’t recommend relying on it as your main method of unlocking the phone.

The camera is often where manufacturers cut costs in budget handsets, but we were pleasantly surprised by the image quality on the 4.2. Photos from the rear 13Mp main lens (supported by a 2Mp depth sensor) are clear and vibrant, with good dynamic range.

It does have a tendency to blow out highlights, and struggles somewhat in low-light without a dedicated mode, but that is more than tolerable at this price point. The front-facing 8Mp sensor is fine for basic functions, but we wouldn’t recommend it if you regularly take selfies or use your phone for extensive video calling. 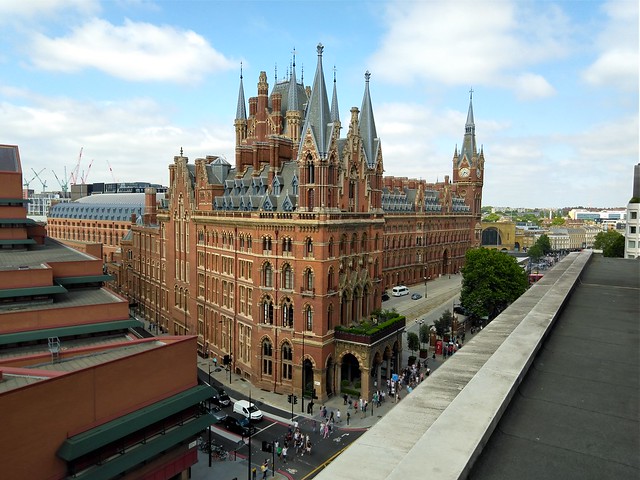 The 4.2 is let down by its video quality, which regularly struggles with exposure and becomes difficult to watch in any situation involving movement due to a lack of any image stabilisation.

The Nokia 4.2 is generally enjoyable to use, and it’s easy to forget how smooth and slick the vanilla version of Android has become. It feels premium out of the box, but once you begin to use the device you quickly realise where costs have been cut. The biometrics are poor, the screen resolution inferior to many of its rivals and the design leaves a little to be desired.

While still providing decent value for money, we would only recommend this phone to people who are desperate for a ‘stock’ Android Pie experience and not able to step up to the Google Pixel 3a.

At this price point, it's hard to recommend when you see what just a few pounds extra could get you. Stepping up to one of the sub-£200 Chinese phones will get you specs that the Nokia 4.2 simply can’t compete with. If you are willing to look past brand loyalty you will probably find better options out there.