Should I buy the Asus ZenFone Max Pro M1?

If you’re willing to import it the Asus ZenFone Max Pro M1 is one of the best budget phones available. It has amazing battery life, unfussy design, a good screen and mercifully stock Android software.

It does lack NFC but aside from this we can’t really fault it for the price. As long as you buy from a reputable seller than you won’t be disappointed.

Asus is not a big player in the western phone market but it quietly makes phones that are sometimes available globally. The iPhone X-esque ZenFone 5  caught our eye in 2018 so we have taken a look at one of its cheaper options, the clumsily named ZenFone Max Pro M1.

We were drawn to it as it’s easy enough to import, runs stock Android and has a whopping 5,000mAh battery that lasts ages. It’s not as ubiquitous as the cheaper Moto and Honor phones in the UK but that doesn’t mean it’s not worth your time.

You will have to import the ZenFone Max Pro M1 from Asia. Thanks to reputable retailers (that we ourselves have used) this is easy.

Our review sample was from GearBest, which at the time of writing sells the phone with 4GB RAM and 64GB storage for £193.20. This puts it in the same price bracket as the Honor 10 Lite and Moto G6 and the very similar Xiaomi Redmi Note 5.

The best thing about this phone is its simplicity. Also available in silver, our review unit is a black slab with not many design standouts, but it’s function over form here.

A generous 6in IPS LCD display with tall 18:9 aspect ratio means it’s OK to hold in one hand and is good for watching videos and viewing photos though bear it in mind it’s only 1080p. The back of the phone is aluminium, a good upgrade from plastic and not as breakable as the ever-popular glass.

A plastic rim holds it together with small bezels at the top and bottom of the display finished off by dual rear cameras and a fingerprint sensor on the back. It’s a neat package if derivative.

Adding to this fresh clean feel is a wonderfully unchanged and simple version of Android. Much like you’d find on a budget Nokia or Moto phone, Asus has barely changed anything from the basic stock look of Android and it makes using the phone all the better for it.

Based on Android 8.1 Oreo, Asus’ Zen UI software is some of the best we’ve seen on a budget phone because it doesn’t change anything for the sake of it (unlike Honor’s much tweaked EMUI). It’s not Android One so it’s not guaranteed updates for two years like phones that have that, but we received an OTA update when reviewing the phone to take the phone’s security to November 2018 (we reviewed the phone in January 2019).

With the Google keyboard Gboard as default and Google apps for email, SMS, calendar and photos present with no unnecessary Asus duplicate apps installed it’s a great set up. Asus has recognised it’s what’s best and stuck to it. Bravo.

You can tell it’s a budget phone from some of the things Asus has left out. There’s no NFC so frustratingly you can’t use Google Pay for contactless purchases. Many other budget phones now include this, so it’s a mark against the ZenFone.

Asus has, not unusually, opted for microUSB for charging. USB-C is creeping into low-end phones now but here the charging is very slow – the microUSB Moto G6 Play costs less and has fast charging.

The fingerprint sensor is nice to have but is quite small and not very reliable, but you do have a decent face unlock feature built into the relatively stripped back software experience.

But all that might not matter to you if you want the best battery life out of your phone, and on that the ZenFone Max Pro M1 delivers in spades. The huge 5,000mAh battery might charge slowly but when it lasts this long you won’t mind. In our battery test it lasted a whopping nine hours and 59 minutes making it, at the time of writing, the third longest lasting phone we’ve ever reviewed.

It also has a dual SIM tray with a separate microSD card slot (up to 512GB) meaning you can use all three at once rather than having to choose between a second SIM and expandable storage. For £200, this is a good feature to have.

The good battery life is helped by the power efficient Qualcomm Snapdragon 636 chip inside, also found in the Redmi Note 5, BlackBerry Key2 LE and Asus ZenFone 5 (a phone that costs more than this ZenFone Max Pro M1). We played high-end games like Asphalt 9 with hardly any lag in-game, which is great, and down to the decent Adreno 509 GPU.

There are a few region dependent versions of the phone but ours is the most common with 4GB RAM and 64GB storage – again, excellent for the price. You even get passable dual cameras on the phone. The main 13Mp f/2.2 shooter is good in daylight but predictably falls down a bit in low light – as do all phones in this price range.

In fact, most of the pictures we took indoors came out with judder or a bit of blur on them. Close up shots also can’t focus well at all. This is not a good camera set up and you shouldn’t buy the phone if you want to rely on your phone camera.

The second 16Mp f/2.4 sensor is for depth sensing but it doesn’t really work. The 8Mp f/2.2 front facing camera is equally serviceable but nothing special and selfies find the background blown out. Anything good enough for video calls is OK in our book though, and so it is here. Video recording can go up to 4K UHD but without any stabilisation results are a tad shaky. 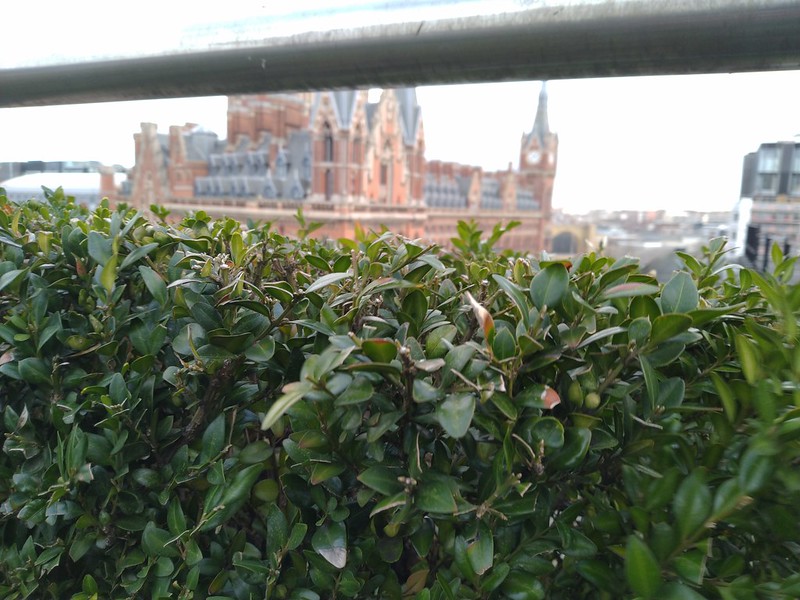 The cameras unusually stay in whatever mode you changed them to when you go back into the app rather than resetting to the default mode. We can’t decide if this is preferable, but it’s noticeable.

There’s not too much else to say about this great budget phone. It comes with a clear plastic case and half decent in-ear headphones that plug directly into the headphone jack. These wired headphones (or indeed any) can also act as an aerial for the built in FM radio. Additionally with Bluetooth 5.0 connection to wireless headphones is above average.

The single speaker is fine for podcasts and hands-free calls but you won’t want to play music out of it. Call quality itself via the earpiece is great, too.

The lack of NFC lets the phone down but if this isn’t important to you then the combination of large screen, amazing battery life and stock Android Oreo should be enough for you to consider if you want to spend as little as possible on a smartphone.