Wonder Woman is arguably the only really good DC Comics film since The Dark Knight, and it's certainly both the best reviewed and the most profitable. With that in mind, it's hardly a surprise that there's a sequel on the way, or that the same core creative team is coming back to make it.

What might seem more surprising is that the new film isn't called Wonder Woman 2, or even Wonder Woman: Something or Other. Instead, it looks like the sequel's official title is Wonder Woman 1984, named after the film's new setting. The year 1984 that is, as opposed to the dystopian George Orwell novel (unless DC has a really big twist in the works).

Wonder Woman 1984 is currently scheduled to release on 5 June 2020 after a lengthy delay from the planned 1 November 2019 release. The change makes sense though, as the first film took a similar summer slot, releasing in May/June 2017.

We've got a little while to wait then, with two other DC films due out first: Aquaman in December 2018, followed by Shazam! in April 2019.

Check out the rest of our guide to upcoming film releases to find out what else is on the way.

There's some good news for fans of the first film here, but also some spoilers, so proceed with caution if you haven't gotten around to watching it yet.

First up, surprise surprise, Gal Gadot is returning as Wonder Woman herself, a.k.a. Diana Prince. The time jump from the First World War to 1984 means that most of the first film's supporting cast aren't returning, but there is one strange return: it's been confirmed that Chris Pine is back as love interest Steve Trevor, despite, well, dying a little bit in 1917.

So far two other main cast members have been confirmed: Kristen Wiig will play the villain Cheetah (more on her later), while Pedro Pascal (of Game of Thrones fame) has an undisclosed, but apparently major, role to play. There's no word yet on other new characters, or whether any of the first film's Amazonians will find the time to make appearances.

Behind the camera, director Patty Jenkins is back, though there's more change on the script. The first film's writer, Allan Heinberg, hasn't returned, and instead this time the script comes jointly from Jenkins, long-time DC Comics writer (and DC movie producer) Geoff Johns, and The Expendables scribe Dave Callaham.

Elsewhere, Matthew Jensen will once again be in charge of cinematography, but it hasn't yet been announced if composer Rupert Gregson-Williams will return to score the sequel.

With the film so far off, it's a little surprising to be able to say that we do actually have a few images from the movie already. First up, while there isn't actually any official poster, there is an early logo for the film, which director Patty Jenkins set as her Twitter cover photo.

We also have a few official images from the film - again, all shared on Twitter by either Jenkins or star Gal Gadot. They include two looks at Wonder Woman herself, our first glimpses of Kristen Wiig (seemingly before she becomes Cheetah) and Pedro Pascal in an oh-so-'80s suit, and the big reveal of Chris Pine's return to the franchise, complete with a pretty fetching period outfit. 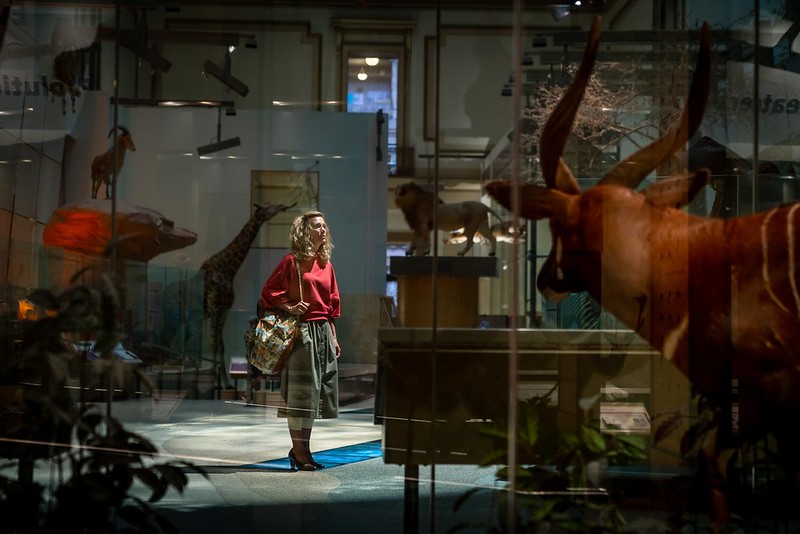 Plot-wise, we don't know much about what to expect from Wonder Woman 1984 just yet. Obviously there's the setting,1984, which puts the film at the height of the Cold War - presumably not a coincidence, so you should probably expect to see Wonder Woman tackling the Commie threat one way or another, though hopefully the film can find room for a little more nuance than that.

The film had a brief presence at San Diego Comic-Con 2018, when Jenkins says she chose '84 as her setting because it showcases “mankind at its best and worst” and “us at our most extreme.” It wasn't all moody though, as the panel also included some brief footage from the film, including Wonder Woman taking out two armed goons in a brightly lit shopping mall, saving a young girl in the process - so it won't be shying away from those big '80s tropes.

We know a little more about what to expect from the villain, at least based on Cheetah's comics history. There have been a few versions of Cheetah over the years, with different characters taking on the villain's mantle, but it looks like Wiig is playing a version of the modern incarnation: Barbara Ann Minerva, first introduced in 1987.

She was the first Cheetah to actually possess superhuman powers, with the ability to transform into a bloodthirsty human/cheetah hybrid, complete with enhanced speed and agility, along with razor-sharp claws.

In terms of background, Minerva was an archaeologist who ingested a chemical brewed by worshippers of the god Urzkartaga, transforming her into the avatar of the cheetah god. In the comics she suffers from bloodlust while transformed, and debilitating pain while in human form, as the chemical was intended only for virgins, but we suspect that Jenkins et al. might find a more feminist spin on the origin than that.