Some nonentity of an MP (Layla Moran) has chosen to bore the world with the information that she is pansexual. This fascinating (not) "news" is splashed all over today's newspapers and even the BBC website.

I had to look up the meaning of the word to understand what she was on about!

Why do these weirdos think that the rest of us are even remotely interested in their deviances?

The present government are presently looking for 'weirdos & misfits' to work at No. 10 so this might be a shrewd move by Layla.

And as a LibDem MP that makes her, by definition, a weirdo.

I thought Pansexual meant they had a thing for goats. Having looked it up it appears I was wrong. 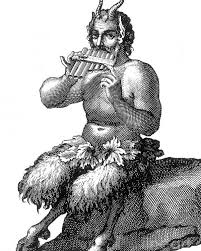 She's desperate for publicity which is why she's announced this, I hope that it doesn't backfire on her

So why start a thread topic on what you consider to be a non topic...?

I thought we were past the stage of calling those whose sexual proclivities differ from our own as weirdos or queer.?

I also thought it was an offence.

And as a LibDem MP that makes her, by definition, a weirdo.

That's childish nonsense, made offensive by your pejorative reference to 'deviances' in your opening post.

Referring to someone as a 'weirdo' because she happens to have a different sexual orientation to a perceived norm is pure bigotry, and is deeply offensive. Making the same comment because of a person's political leaning simply serves to underline your narrow mindedness.

Time to grow up, I feel. Any further bigoted comments posted (by anyone) about a person based on their sexual orientation will be deleted on sight, and if repeated will result in a forum ban. We are not going to tolerate stuff like that here.

The Smartphone is Dead

Can you see the bottle in this Coke ad?