Hi, Although being involved with computers for some years I must admit to not quite understanding wifi. Is there some app which shows me which device, iPad, iPhone, TV, laptop, desktop etc. is using which wifi device. I have various extenders installed, which, in the most part appear to work although a few seem to have low bandwidth. Thanks Al

As for PC/Laptop click on the wifi icon bottom right. I use one extender and shows which wifi connection it's connected to. This laptop is connected directly to the router - 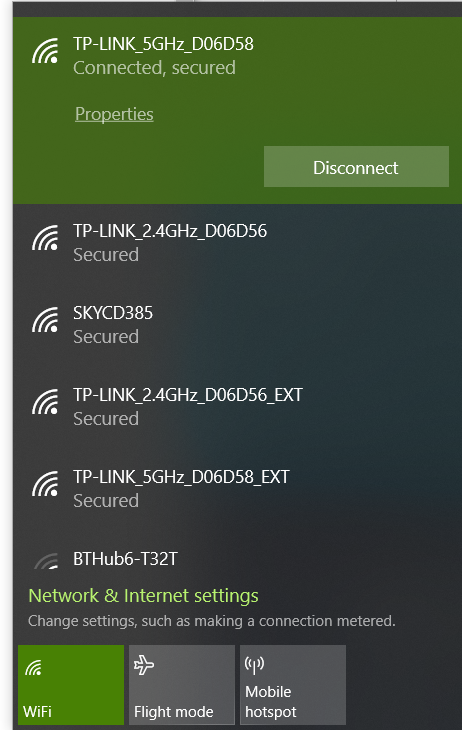 With iphone go to settings and wifi. I don't know if more than 1 extender will be identified by a different number or not as I only use the one. As for TV I guess there mus be a setting for wifi but I'm using an ethernet cable on mine so can't help there.

Thanks for this, I suppose what I'm trying to understand is whether or not a particular device is actually using a wifi extender. eg. I have a sky q box and a mini box I have a sky extender halfway between the two...If I turn off the extender then the signal drops quite considerably, so this in effect is showing that the extender is being used by the mini box. What I'd like to be able to see explicitly is that information via an app showing that the boxes are actually using the extender. Can I explicitly name an extender so they show up?