I have Malwarebytes on my Windows 10 PC, and quite often I hear the HDD rattling away in the background while I'm doing other things. Eventually I get a popup telling me that Malwarebytes hasn't found any issues.

But if I'm browsing using Chrome at that point, Chrome without warning shuts down just before the Malwarebytes all-clear message comes up. When I start Chrome again it gives me the option to return to where I was, which it does successfully.

Also, from time to time when I start my PC I get a popup telling me that Windows Defender isn't activated, even though I activated it last time I got the popup.

Any idea what's going on please, and are these two issues related? I have no scans scheduled in Malwarbytes, preferring to only start it manually from time to time, or when I think I've got a problem.

In my Malwarebytes 'Scan Schedule' tab there's a single line entry for 'Normal . . . Repeats once every day', but its check-box is not ticked so, I presume, it shouldn't be doing an automatic daily (or any other) scan.

As for the recommendation in your link, a note says the option to 'Never register Malwarebytes in the Windows Action Centre' is only available in the Premium version of Malwarebytes, not the free one that I have.

Looks like the simplest option may be to uninstall Malwarebytes, and install it from scratch if I ever feel the need to run a scan.

This post shows that using their removal tool and reinstall fixes it. click here. As for the scan schedule you need to tick the box for the scan then click on the delete tab bottom right.

Thanks x13, I'll try the remove and reinstall route.

Thanks also for the tip about removing the daily scan.

My Malwarebytes wasn't in Premium trial mode, though it is now since I followed x13's link to reinstall it. Previously several of its options, including the one about never register Malwarebytes in Windows action center, were greyed out, with a message that they're available in the premium version only. So why was it scanning regularly?

martd7 you are correct but MBAM sometimes corrupts itself and does 'funny things'. I'm sure you've had to do a clean install before. I'm running the latest Insider Edge (Development) browser. Chromium based Edge. I've enabled the Malwarebytes extention on it and deactivated Malwarebytes itself. So will see how it goes. These are the settings; 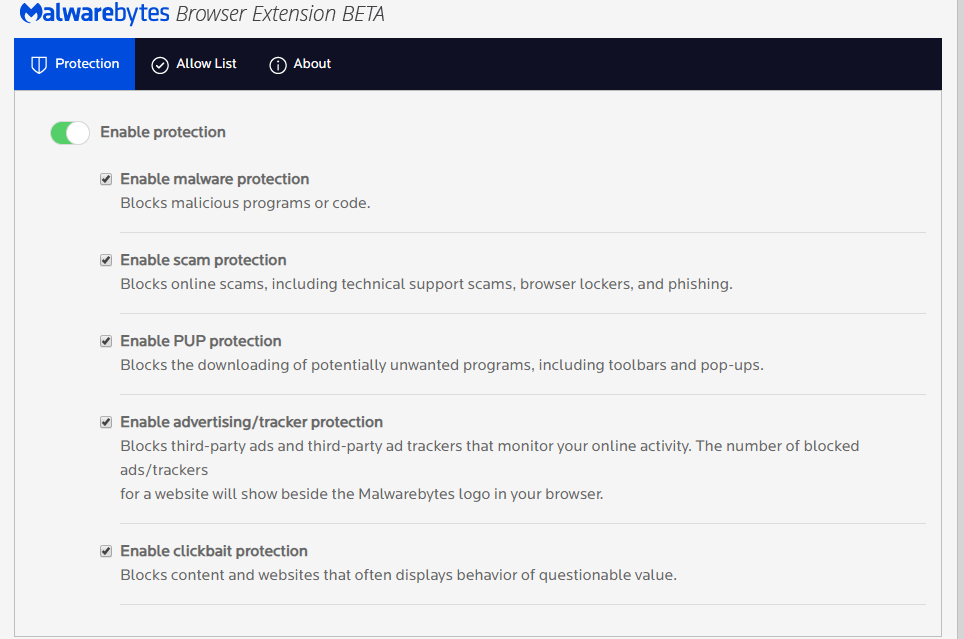 but it is Beta.

I agree in a way just like Defender gets way too keen on some legit files that have been on the pc 4week and suddenly decided to quarantine them,don't know if that's down to file corruption or what

A couple of days ago I got the notice that my Malwarebytes trial period had expired, but it still continued to do regular scans of its own accord (I could hear a lot of HDD activity), and when I then got the notice that scan was complete and nothing bad found, Google would shut down immediately irrespective of what I was doing/viewing.

Why Apple needs a touchscreen Mac